The Royal Society is Nought but a Darwin and Wallace Glee Club!

"...William Charles Wells and Patrick Matthew were predecessors who had actually published the principle of natural selection in obscure places where their works remained completely unnoticed until Darwin and Wallace reawakened interest in the subject.'


de Beer just wrote very silly nonsense on the Matthew matter in order to hoodwink his readers. Because Matthew's book did no pass completeltely unnoticed at all.

What the expert Royal Society member Sir Gavin Rylands de Beer, British evolutionary embryologist, Director of the British Museum (Natural History), President of the Linnean Society, and receiver of the Royal Society's Darwin Medal for his studies on evolution never revealed is that Darwin knew the naturalist  John Loudon had reviewed Matthew's book in 1832 and that before 1860 another (a naturalist professor) feared to teach Matthew's heretical idea on evolution.Furthermore,  I have uniquely discovered (see Nullius in Verba)  that  at least 25 people actually cited Matthew's (1831) book before Darwin's and Wallace's papers - which replicated (without citing) Matthew's original ideas and explanatory examples - were read before the Linnean Society in 1858, seven of them were naturalists, four known to Darwin and two to Wallace.

So where's my Darwin Medal for being proven a better scholar than de Beer on his own subject?

Perhaps the Royal Society needs to improve the quality of its membership and medal winners? Linnean society too. The pseudo-scholarly Darwin glee-club shame of it!

Visit PatrickMatthew.com to learn the truth about the discovery of natural selection.
Posted by Dysology at 00:49


The Throstles are Coming Home to Roost! 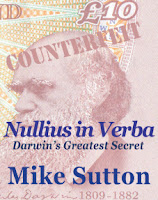 confirms Darwin plagiarized Patrick Matthew's prior publication of the theory of natural selection.

Read all the evidence in Nullius,
Posted by Dysology at 00:34 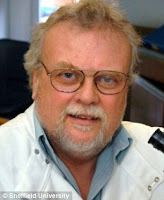 Professor Wainwright (2008   ) and (2011   ) is the only writer that I am aware of, besides me, (Sutton 2014   ) to have had published a scholarly peer-reviewed academic journal article, which presents weighty, hard-fact, confirmatory evidence in support of (1) Some form of Matthewian knowledge contamination and (2) the possibility/probability that Charles Darwin (1859) plagiarised the prior published discovery of the theory of natural selection from Patrick Matthew's (1831) book 'On Naval Timber and Arboricul;ture' .
Visit the website PatrickMatthew.com    for more details about Matthew and of the work of Wainwright and others on the topic of his unique bombshell discovery.
Posted by Dysology at 00:46