The popular 32 year old myth that a misplaced decimal point in the published results of the iron content of spinach by Professor von Wolff, or else von Bunge, in the 19th century influenced scientists in the 20th century to fail to check the facts and to simply recommend spinach for its over-inflated iron content is finally busted.

Having spent several months of my spare time in 2010 researching turn of the 20th century German biochemistry journals and books on nutrition, I can reveal that several scientists, all working completely independently, came to very similar conclusions. The reason for their exaggerated measurement of the iron content of spinach, and other food, is bad science. They were, amongst several other things, contaminating the spinach in the laboratory with the vessels they used and the charcoal they used to heat it.

The bad science mistake was in fact (contrary to the nonsense contained in the myth) spotted by von Bunge in the 19th century and the fact that such errors occurred was disseminated widely by US Professor Sherman in the early 20th century.

The Spinach, Popeye, Iron, Decimal Error Story (SPIDES) is a myth that was ironically perpetrated by the famous myth busting nutritionist Professor Arnold E. Bender in his inaugural lecture at Queen Elizabeth College, University of London. Arnold E. Bender. Bender first mentioned it in that inaugural lecture in 1972 (Bender 1972) and later in an article in the Spectator (Bender 1977). In the Spectator, Bender started the myth when he claimed that a German textbook on nutrition (Noorden and Salomon 1920; 476) replicated an earlier decimal point data mistake made by generations of textbooks that unquestioningly replicated erroneous data first published in 1870 by the German scientist E. von Wolff:

For a hundred years or more spinach has been (and clearly still is) renowned for its high iron content compared with that of other vegetables, but to the joy of those who dislike the stuff this is quite untrue. In 1870 Dr E. von Wolff published the analyses of a number of foods, including spinach which was shown to be exceptionally rich in iron. The figures were repeated in succeeding generations of textbooks – after all one does not always verify the findings of others – including the ‘Handbook of Food Sciences’ (Handbuch der Ernahrungslehre) by von Noorden and Saloman[1] 1920.

In 1937 Professor Schupan eventually repeated the analyses of spinach and found that it contained no more iron than did any other leafy vegetable, only one-tenth of the amount previously reported. The fame of spinach appears to have been based on a misplaced decimal point.”

Bender's myth was popularized as being true by Professor Terry Hamblin in the British Medical Journal in 1981 - perversely in an upbeat Christmas article entitled "Fake" about fake academic research. Furthermore, Popeye never ate spinach for iron, his creator E. C. Segar made it the source of his superhero's strength due to its vitamin A (beta carotene) content.

“A statue of Popeye in Crystal City, Texas, commemorates the fact that single handedly he raised the consumption of Spinach by 33%. America was “strong to the finish ‘cos they ate their spinach” and duly defeated the Hun. Unfortunately the propaganda was fraudulent; German chemists reinvestigating the iron content of Spinach had shown in the 1930s that the original workers had put the decimal point in the wrong place and made a tenfold overestimate of its value. Spinach is no better for you than cabbage, Brussels sprouts, or broccoli. For a better source of iron Popeye would have been better off chewing the cans.”

So Hamblin, an orthodox expert, appears to be the first to brace the spinach myth because he did not check the facts behind it. Hamblin has been followed by many orthodox experts all believing the myth to be true and so, with excruciatingly unintended irony, using it as an example of the need to be sceptical of research findings and to check your facts. If ever that old saying "hoisted by your own petard" is very applicable then it is here.

My essays on this topic

1, The USDA is spreading dangerous 'bull' on the Internet. Here: http://www.bestthinking.com/articles/science/chemistry/biochemistry/spin-ge-usa-beware-of-the-bull-the-united-states-department-of-agriculture-is-spreading-bull-about-spinach-iron-and-vitamin-c-on-the-internet

2, Does current USDA erroneous nutrition advice have its roots in a perverse scientific paper written in 1937? Here: http://www.bestthinking.com/articles/science/chemistry/biochemistry/spin-ge-ii-does-the-united-states-department-of-agriculture-s-publication-of-spuriofacts-have-its-origins-in-a-perverse-scientific-paper-written-in-1937-

3. Popeye's creator chose spinach for its vitamin A content (beta carotene), never for iron. The start of the spinach myth busting. Here: http://www.internetjournalofcriminology.com/Sutton_Spinach_Iron_and_Popeye_March_2010.pdf

Professor Hamblin sadly passed away on January 8th 2012.    As a immunohematologist, Hamblin was a notable and highly respected and regarded researcher and teacher. He is particularly notable as an early pioneer of stem cell treatment for cancer. He made a difference by making the world a better place. 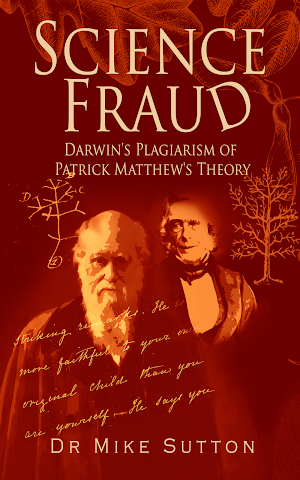 The Darwin Supermyth is bust

Charles Darwin and Alfred Wallace Plagiarists and Science Fraudsters by Theory Theft Click above to watch the video about the book. 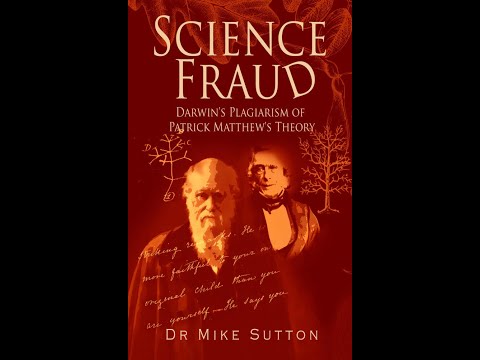